Knowing or Learning: What classroom asks for? A tough question? Its a tough question for all of us who believe in one measurable outcome such as Grades or Job. Knowing anything must not be a harder problem but learning and applying the learning is a harder problem. By trying new things one takes risks. The problem statement is often out of textbooks. This would help in exploring and experimenting with anything that is imagined. Such a learning process would default the skill of creativity. By experimenting with interactive inventions like Robotics, Artificial Intelligence etc. Falling into this continual spiral world of creative activities one would generate new ideas and often such creative person calls it as a passion. Why doesn't such passion exist in algebra? (or some subjects) The equations such as x(square)+y(square) don't seem to find meaning in learning. Whereas learning by playing or applying would have stories as they have meaning and purpose to anyone. Here the equation isn't the problem or not an issue of higher order of thinking but the issue lies in the meaning. Kids will work their ways once they find meaning to knowing. An interesting illustration by number of french artists who presented their perceptions of later century titled A 19th Century Vision of the Year 200 and one among them was the illustration of school as shown below:

Santosh Avvannavar in conversation with Anju Mehta a seasoned educationist and principal of DCG International School shares her views on the need of learning in classrooms and homes. She says, "The thought of Knowledge is Power has to become Learning is Power". Listen to the insightful conversation - 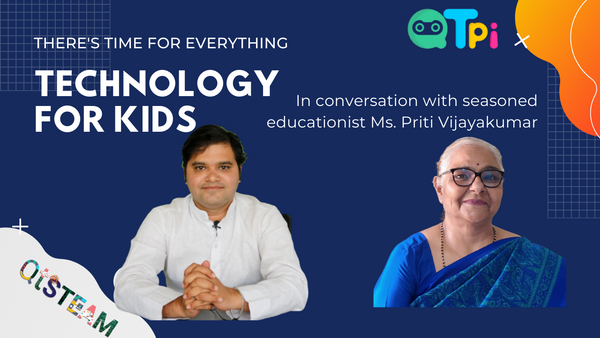 The digital age is an amazing era of time which we cannot think of living without technology. It has made the world a global village and people are connected at

Student-Teacher Ratio has caught an attention since a decade ago. NEP 2020 recommends student-teacher ratio (STR) to be 30:1 at the level of each school; areas having large numbers of socio-economically disadvantaged students will aim for a STR of under 25:1. What