One of the common check lists in Job Description (known as JD) is “being flexible”. Several things in an company like production, routine activities seem rigid. Is flexibility indicates availability? The rigidity comes with a baggage that makes several distances! Rigidity might have its place but emotions are often suppressed. Flexibility is walking a path and meeting in a mid-way, not necessarily 50% on both sides. Flexibility could also be read as finding a middle path. Is being late to the office flexible? Rigidity begs to take action for late comers. Whereas brands as businesses see it as an individual way of working. The earlier can be termed as discipline and later can be termed as creative space. Both formats will demand outcomes. Which one does it seem better?

How many disciplinarians are liked? The question must speak for itself. To certain extent one could follow but it would eventually lead to suppression of emotions. Start-ups are often seen flexible, how about others? Its likely to fall into the other bucket. What does it mean to be one who goes through such a system? We are likely to see selfish people where logic plays a priority over emotions. Businesses built over logics might find it hard to create a mid path. Flexibility is all about rigidity. This in turn compromise on creative space. This likely to see emotions in logical forms. In other words a manipulative system. Did you see the logic in putting forth the idea in this article? If this is likely to happen, where does logic work? Logic works in weddings - Weddings have logic but marriages have emotions. Logic works for computers because its designed not because it cannot be flexible. This is proven wrong through AI where emotions are generated through robots to connect humans. Humans need all form emotions. Emotions not that are just logically in nature. Asking someone not to cry or get angry is fallacy. Does all this mean, flexibility is better over rigidity? 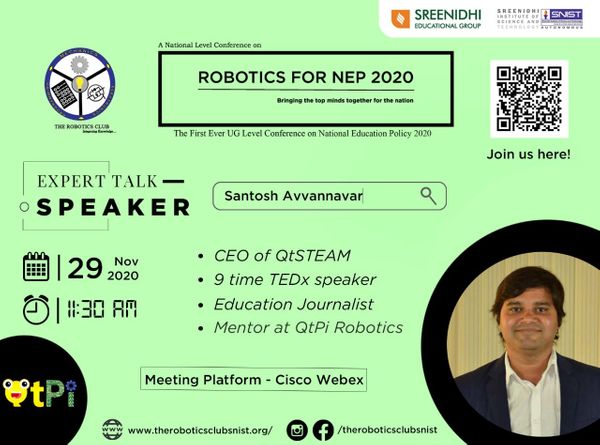 Conversation that took on 29th Nov with participants; organised by The Robotics Club of SNIST 1) What's your opinion on Robotics being taught right from childhood? I completely don’t

Choices are hard to come by but when they come it could be hard to make a right choice! Is, less is more a right mantra for producers and consumers?