This article is an outcome of the Week 1 course Digital Skills: Artificial Intelligence that I am learning on futurelearn platform offered in collaboration with Accenture. I registered for this course with a goal to blog on my understanding of AI.

Let me begin with, what AI is - Artificial Intelligence refers to the development of computer-based solutions that are able to perform tasks which mimic human intelligence. In other words AI's goal is to make systems as powerful as the brain. Make the systems to think like a human mind.

If you would like to know the historical (link) evolution of AI. Though I am keen on futuristic ideas that are floated and likely to impact society positively. History is like a reassurance of hope to the future.

As a real time example Siri (Apple) was something I knew in 2013. In 2020, I saw several students build an app "Text to Speech" as a learning and assignment project at QtPi Robotics. This was the first time I came across and learnt more about it through Amazon Echo. Must say, it was a great feeling in 2013 and surprising in 2020 to see kids develop.

Does AI work with different technologies? Yes, they do, such as Imagine recognition, speech to text, Deep learning, Computer vision etc. These technologies help machines to sense, comprehend, act and learn through human activities or on their own.

I first encountered an AI project at QtPi Robotics where kids build a chatbot and home automation. One of my students wanted to develop a chatbot in 2017 to help his parents to avoid waiting time. An early attempt to his try is -

I am & was fascinated with the idea of simplifying tasks with technology. Youtube & Facebook suggesting videos or articles or ads related to previous searches is something I have come across. I also see AI can help the differently abled people who might need assistance for tasks like switching on/off appliances.

Most technologies need to pass the ‘Myths test’. And AI has it share, one of them is -

Humans will be replaced by AI

This fallacy & communication trap known as anchoring where the weightage on the assumption that technology takes away jobs. The idea of machines replacing tasks is right. Does it mean machines don't have any assistance? Who would create those machines? How about maintenance of them? One gets anchored with such an idea or assumption of machines to replace humans. And it can distort one's thinking. Machines by themselves cannot be creative, improve the tasks they can only perform repetitive one. AI needs human intervention to define how to receive an action.

One of the benefit Artificial Intelligence offer among is -

I like the point mentioned by Chalmers Brown, Due in the Forbes article (link) on ways AI could benefit or harm society. He suggested AI is a true gift for tasks that humans find tedious. I could relate to the sweeping and mopping activity.  It could be something else for someone else, like cooking. Does such a replacement example lead to AI or Robotics or a combination?  Chalmers says, this allows us to do the more interpersonal and creative aspects of work. Though my example of sweeping and mopping might lean more towards automation at present. But I see in the future more leaning towards AI.

However, one cannot rule on the implication of empowering a system. Let us look into one of such possibility -

Any example, when the considerations of AI might need extra caution?

I had the question on control in self-driving cars. I wonder how it would function in populated cities where people are in a rush to work and home. Would appreciate thoughts from others.

I loved to learn ‘Automation/ AI’ & ‘AI/ML’ the right meanings with an example  presented in the week 1 course. Let me try to rephrase the meanings for Automation & ML -

Without human intervention where machine do automatically is termed as automation. For example, fire alarm system which requires manual configuration that follows a conditions to do tasks. Whereas AI needs mimics humans by learning in order to complete tasks. AI as humans follows a patterns, takes advantage of experiences and responds.

Machine Learning can be called as subset of AI. It relies on algorithms and uses data. Let us take an example of language translation where translation from one language to another wasn't easy because of several exceptions to the languages. Programming these exceptions into the algorithm was impossible hence computers were fed with data & allow it to make its own rules (source).

Looking forward to week 2 of the course. Thanks futurelearn & Accenture for the course.

If you looking for a hands-on course for teachers & students then explore “Upskills with east AI Tools” course at QtPi Robotics by writing to raghu@qtpi.in

The views expressed in this article is of personal learning experience. 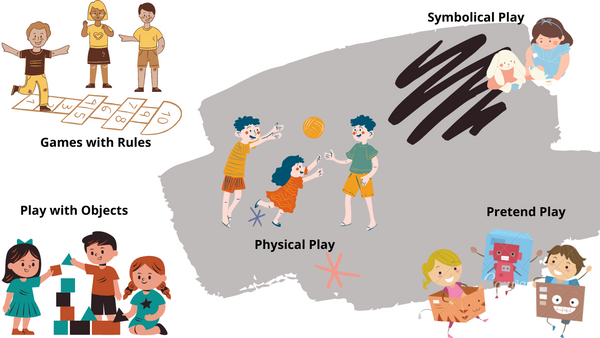 When was the last time you played? For some, play could be an integral part of everyday life while for some in school or college. One could get into one