“I won, I won”, in delight, runs a well-known person into the crowd. Amazed & baffled crowd wondering what the person won? One among the crowd shouted “He won, He won”. The one got another two followers and those two got more followers and everyone ran up and down the hallway to an election office. On reaching the crowd realised it was the slogan of a party for the election campaign. Sometimes such stories can be ridiculous or atrocious but elections are fun to watch and unfold. However, the process, technology and votes makes it a serious affair. One of our young innovators Ms. Srija Ghosh presents her idea and prototype of Voting Machine with QtKit. She presents some interesting test cases such as protecting the misuse of voting twice, & password protected result. Isn't it wonderful?! In a funnier election campaign a serious affair! 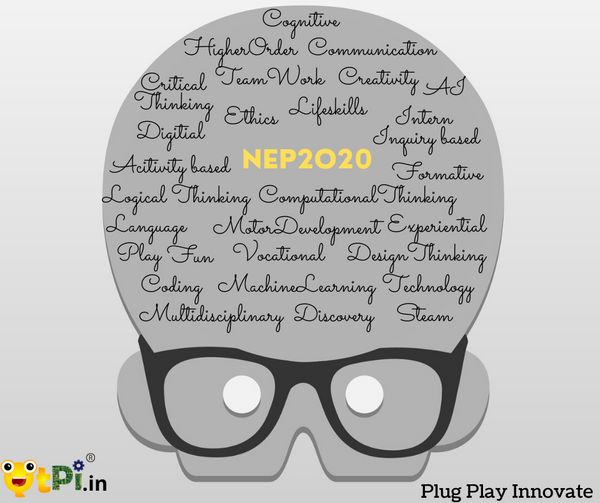 We have made a word cloud based on NEP 2020 though not exhaustive. Add anything else you think are part or to be of NEP 2020! Image: Background vector created

For 1445 Indian citizens there is one doctor, little lesser than WHO norm of 1:1000*. Is ratio right for the number of hours of consultations and diagnoses? According to Dr. Vinay Muttagi from HCG Cancer Centre Hubli says, “There are three kind of