Creativity in 21st century is no more a choice or gift for some as assumed. Atleast it isn’t just a gift for prodigy; It is an essential part of education, day-to-day activities and businesses. Several thinkers like Ken Robinson have made each one of us to realise the newer ways to reflect about education. The “creativity”, component is clearly called as one of 4Cs of 21st century skills. A board definition to describe creativity is - generation of novel and useful ideas. If one agrees to this definition, then it's a gift for everyone not just prodigies and it is possible to foster creativity in the classroom or businesses.

E. Paul Torrance, the Father of Creativity through his extensive research shows that creativity can be taught and the effect of creativity practice.

Integrating creative thinking skills into QtQuiz is a challenge in itself. In the third episode, Quiz Mistress Advaita Iyer sets an example on ways to become a more creative person. I must laud her coach Ms. Johanna brings this out through a wonderful planned, prepared, rehearsed and presented episode 3. The evident skill as an observer was “Keeping Open”.

Several times we could be in a hurry to freeze on an idea but “keeping Open '' is just the opposite of freezing on anything quickly. Neither appreciate picking the simplest idea because it's available or easy to do. This is about waiting for the best to come with delaying on picking from lots or suggestions flown through various ways. One of the news anchors had said, “I must listen to you even if I don’t like or agree on what you say”. These aren't difficult skills to learn and teach as long as one is not under a stress of learning or wanting to acquire knowledge in a short span. Activity like QtQuiz is perhaps one of the apt to explore such skills. The QtQuiz Mistress Advaita in the entire episode presents this skill by saying - I really loved your answer. She wasn’t in a hurry to listen and present the right solution to the quiz question. She not only just roped in the QtPi students ambassador but also coaches in finding new ideas. Her responses to each answer presented prominent characteristics of a creative person. Through her probing nature she checked if one would like to defer their answers and waited until all answers were opened up! In the end she asked everyone's view on the question and interaction.

This exercise of openness presented by Advaita is something teachers and students must practice that could create an ecosystem of sharing new ideas. This characteristic is often witnessed in court trials, sometimes deferments are better than judgement. We might just lose out the right solution over the first solution!

QtPi would like to thank QtQuiz Mistress of Episode 3 Ms. Advaita Iyer and Coach Ms. Johanna in bringing an aspect of creativity. 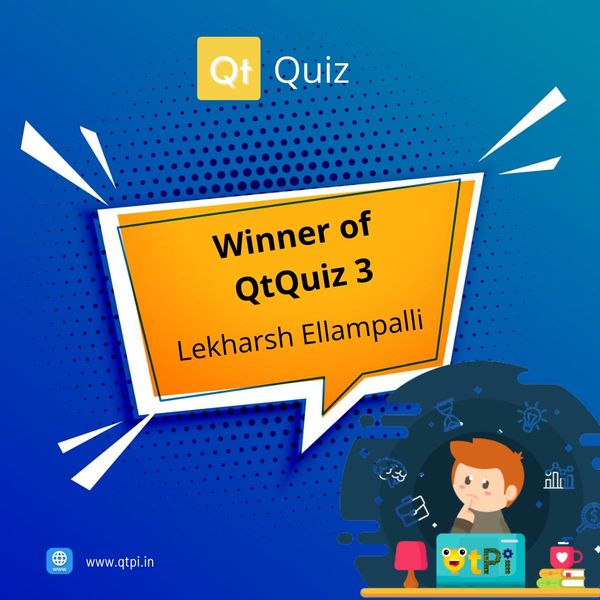 On 26th Feb QtPi Student Ambassador & QtQuiz Mistress, Ms. Advaita Iyer had a question - what if we light a candle in a glass of water? Ms. Advaita, Quiz 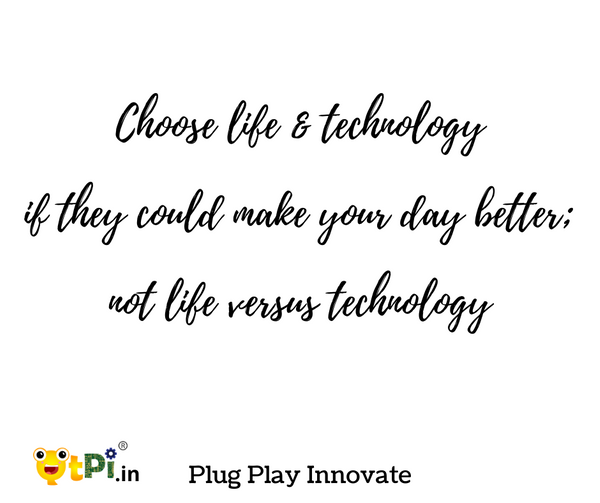 Moving forward on my design thinking (DT) quest from the book of Rod Judkins, Ideas are your only currency, today, I try to design an anti-technology placard. This is an